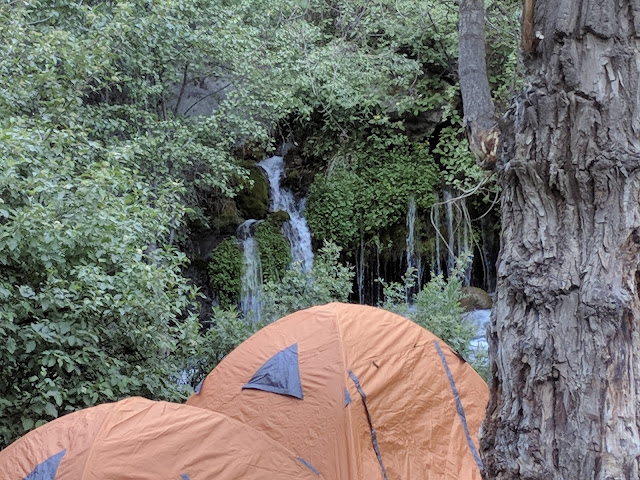 Secret Treasure found up by

The other day I was up again at Tibble Fork Reservoir.  Last time I was there I walked around the lake staying close to the lake.  It was a beautiful hike for the surrounding mountains were topped with a blanket of snow at the top making them picturesque.   At times it was a little scary, and was not the safest of trails.  You can see that 360 hike here:  https://shaunasadventures.blogspot.com/2018/04/360-adventure-tibble-fork.html
My goal this time was to hike the real Tibble Fork hike that goes further in on the South side.  As we started we realized that this trail was much longer trail that what we had time for, so we turned on a side path up higher on the trail and low and behold I ended  right back on that scary trail again.  I didn't want to map that trail again, for it is not a legit trail.  So after we finished the loop around the lake we had more time, so we headed up a small road east of Tibble fork just to pass some time and get a little more exercise.  It was such a find!  It is a cute dirt road that runs along side the river, but there are free cute tent campsites off the side of the road.  There was a prime spot that even had a waterfall coming down off the mountain into the river right across the river.  I also found a CAVE on the mountain that was across the river.  We totally would have explored that cave, except the river was quite hike that day and we didn't see a good route across.  So I am sure there are many that would love this place to stay a secret, but I am letting you in on the secret.  So go check it out.  It is a fun place to explore.


East side of Tibble Fork and Road heading east.

***Like always, if you are using an apple device, or the 360 images are coming in black, click on the BLUE View on Google Maps to see.  They work better there.**** 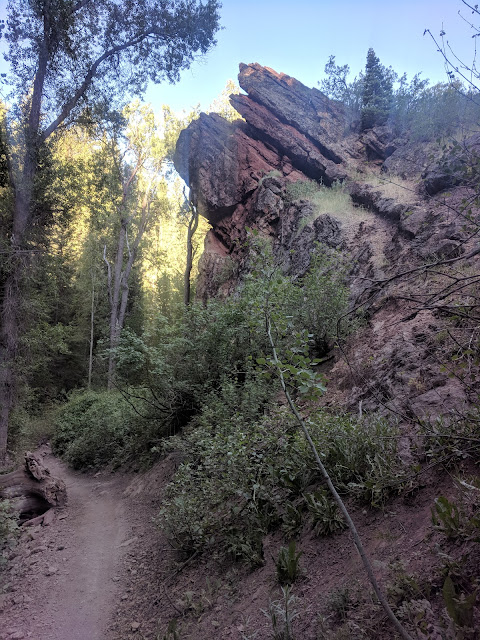 As we walked along this trail that is South East of Tibble Fork, I was surporsed to find RED rock.  What?!?  I didn't think we had any red rock formations around here!  That was a surprise.
Red Rock is in this 360 below. 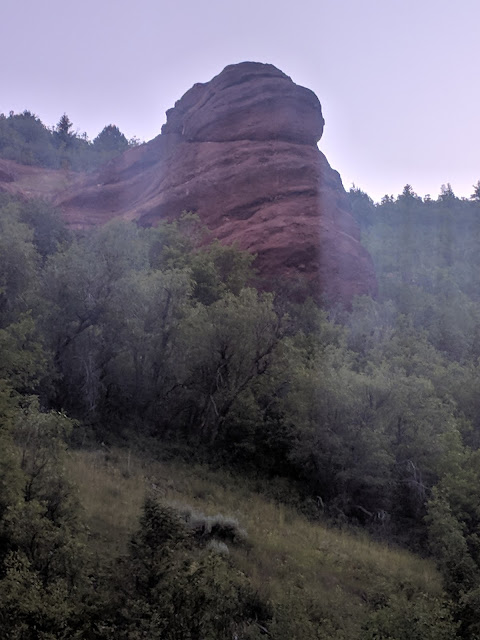 River that runs along side the road. 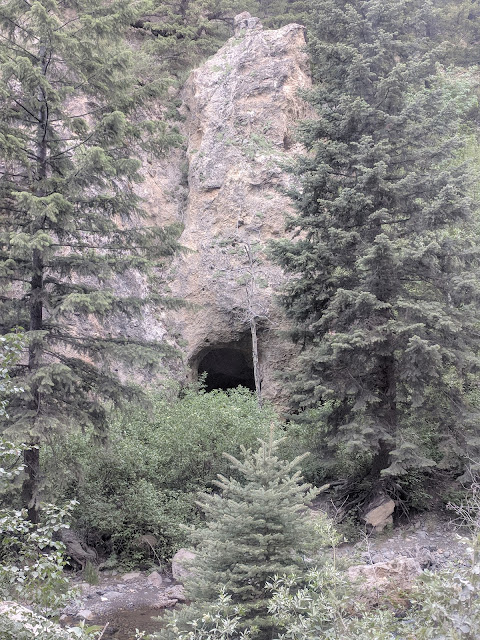 Cave across the river up Forest Road 085

Awesome campsite that has the view of the waterfall. 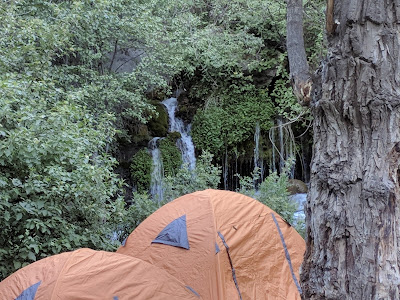 Addendum......
Todd and I drove up this canyon a few weeks after this and found some more  cool discoveries.
1.  This canyon has campsites for miles up this canyon.
2.  This canyon was super busy on a Saturday.  It got a little stressful on the narrow cliff sections where you hoped that you would not meet a vehicle coming the opposite way.
3.  It was a super dusty road.  I felt bad for people in side by sides being caked in dust.
4.  There is a mine up there caller Miller Mines.  They earned something like 7-8 million dollars off the mine from 1880 - 190 area,  That is a huge amount of money back then.
5.  There is a lake up there call Pittsburg lake.  We couldn't get very far past crossing the stream just past the Miller Mine, but it is a pretty lake to hike on up to from there.
6.  These mountains are just on the opposite side of Alta and back end of Devil's Castle.  Very rugged mountains here to the North.
7.  There is a road that heads to Heber from up here.