In June we had the opportunity to do some filming on the NaPali Coastline.  NaPali Experience was the company we used for this awesome 360 Adventure, and Austin was our amazing driver and tour guide.

Below is a 360 Video of Driving up the the NaPali Coastline. The best way to view this is by grabbing your VR Headset, and being transported here using YouTubeVR search in 360 videos ShaunasAdventures Kauai, and you will magically be here with me!


On our boat ride to the NaPali Coast, we had the Delightful Experience of finding a pod of approximately 400 dolphins.  Our guide said that to calculate the size you usually take about how many you see on the surface and then times it by 4.  We saw about 100 dolphins, so we estimated about 400.  Austin said many of them were Spinner Dolphins that are smaller than most dolphins and are know both for their playful nature and tricks, and their attachment to their pod.  They have tried to take spinner dolphins to aquariums, and they died without the company of their pod, so now you can only see Spinner Dolphins in the wild.  The photo below looked larger than most the dolphins we saw, so I am not sure if there were other breeds mixed in.
I took 2 360 Videos of the Dolphins.  They are super fun to rotate the 360 video around and see how many dolphins you can find.  You definitely should watch both the videos, for they are super fun to watch the dolphins.

YouTubeVR Version
Make Sure You Move Around So You Can See All the Dolphins.

In this second Dolphin video, I got more creative.  I tried putting the 360 camera in the water, and for just a few minutes it was amazing, but it did freak out the Dolphins the second the camera went in the water.  Later I decided to just hold the 360 camera above the Dolphins and that section of the video is pretty awesome.  Of course it is a 360 video, so look around and see how many dolphins you can find!

In this video I got braver and put the 360 camera in the water with the dolphins.  Check it out in 360 Degrees.  Make sure you look around so you can catch as many Dolphins as possible.  There are so many out there.  Our boat driver estimated the pod had about 400 in it. 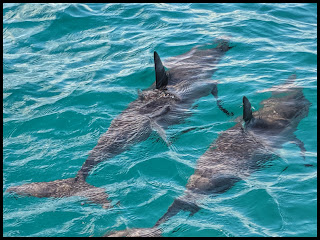 More Images of the NaPali Coastline


360 Video of  NaPali Coastline of Section with Big Red Section in Front. 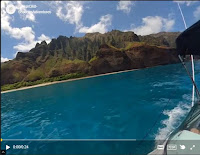 More 360 Video of working our way along the NaPali Coastline 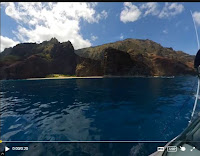 360 Video of More of the NaPali Coastline


2D Video of the above  NaPali Coastline


360 Video around here on the Kauai Coastline 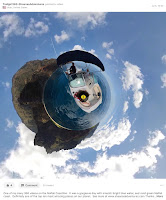 360 Video Here on the NaPali Coastline


2D Version of Above Video in Open Top Cave

If you enjoyed this 360 Adventure, I think you will also LOVE 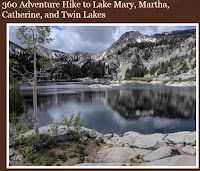