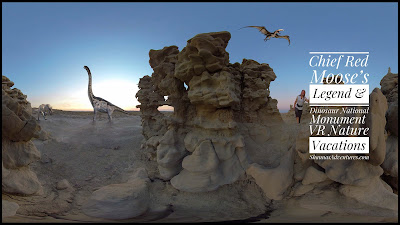 Sometimes you get yourself in a position where you are pushed to stretch your abilities and conquer daunting challenges. Creating this Immersive VR Nature Vacation was that for me.  Every tiny step forward was met with a new hard challenge that would take quite the effort to overcome, so I am going to divide this post between first telling you about this fun VR Nature Vacation, and then I am going to document my journey, for it was quite the crazy ride.  If you are just curious how to find this Nature Vacation to Dinosaur National Monument, just click on this link, and then it will pop up on your Quest  headset. 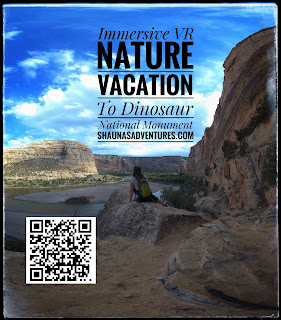 What is in this VR Nature Vacation?

This VR Nature Vacation starts in Fantasy Canyon.  Fantasy Canyon has a fantastic Legend that was told by Chief Red Moose.  We were able to use some fun light painting, time lapses, green screening, and special effects to recreate this fun story.
Dinosaur National Monument
Then we head to Dinosaur National Monument to see the Wall of Bones.  This section has one of my favorite 3D stereoscopic shots of an Allosaurus skeleton that looks so amazing.  The Wall of Bones at Dinosaur National Monument was a very impressive in the sheer number of bones all in one spot.  It is mind boggling that they have pulled so many dinosaur skeletons out of this area for museums around the world, and they still have a massive number of bones in that wall to see.

Then we head to Echo Park (that is also in Dinosaur National Monument).  This is a gorgeous location where the Green River and the Yampa River merge.  Here you get to have some time with some Dinosaurs that might have lived at this beautiful place, and also a herd of Big Horn Sheep that live in this area. 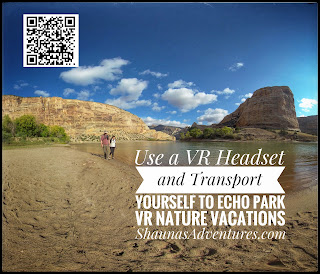 Next we head to the Three Kings Petroglyphs that has some amazing Petroglyphs telling quite the story from peace to war created by the Native American Indians.  The variety is quite the contrast to me,  cause the first looks like a message of peace and honoring the “Great Spirit”, and then further down, it has blood in the painting, and pictures be-headings and wars. 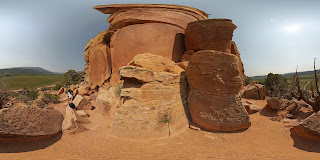 Lastly we enjoy some time a Red Fleet Reservoir Paddle Boarding in an Alcove, and then to check out some Dinosaur Footprints. 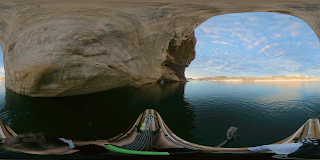 This Adventure also includes the location of a hidden treasure of a wad of cash.  Hoping this money stash will be a fun thing for you to chase and try and find.  It is not far off the trail, and not in a location that is dangerous, so please don't go anywhere crazy to look for it.

So basically in conclusion, my Oclulus Launch Experience has been very rough.  At times I completely and totally lost my passion and purpose and struggled with the blues.  I was stuck in an weird in between spot.  I was down, for I had dug in to figuring out programming almost everyday after work for months, and had so little to show for my huge efforts.  I think the computer I was working on was dealing with a virus that was directly affecting Unreal and many "Bugs" in Oculus made things even rougher.  I was stuck for I didn't know if I could go back to the quality of my simple InstaX2 videos for I now knew how beautiful the footage was on a Pro 2, but I still can't justify the expense.  I have put in thousands of hours and thousands of dollars into this 360 venture, and I think I have made a total of a little over $150.  Of course, just like many times in my past, I have come back to the calm feeling that this is not about making money for me.  It is about me sharing hope and happiness, and give me a Passion and Purpose to my life.  I often get direction and ideas from above while I chase my Passion and Purpose.   If you haven't found your Passion and Purpose of your life, I tell you that it is SO wonderful when you find your own Passion and Purpose.  Talk to the One above, and have him help you find your Passion and Purpose, then chase it like crazy.  There is nothing better than not only finding your Passion and Purpose, but then also getting a stamp of approval from above.  That is really something.   Find yours....it is worth it!
Sending Love and Positive Vibes Your Way!
- Shauna